I previously volunteered in Nepal on the Teaching and Care Projects through Projects Abroad. I absolutely loved the experience and wanted to do it all over again, but decided I wanted more of a physical than a mental challenge. This led me to join the Building Project, which was most suited to me. Looking through all the different countries who had a Building Project, I decided that Tanzania was the perfect destination as I had never been to Africa. It also provided me with the opportunity to experience the African culture and go on a safari (which did not disappoint!).

Arriving in Tanzania and meeting the host family

After a very long flight, I met a Projects Abroad staff member at the airport. He was incredibly warm and welcoming and even let me use his phone to call my dad so I could tell him that I had safely arrived. Afterwards, I went to meet my host family where I stayed for the next five weeks. The accommodation was much nicer than I had expected and my host mother and father were so giving and warm-hearted. They were especially helpful when I was deciding what to do over the weekend and letting us know which local shops had the best prices. We always had a plentiful supply of food that included some home comforts such as Nutella, as well as some traditional Tanzanian’s food such as chapattis.

The Building Project was a highly rewarding project. When you left at the end of the day, you could physically see the work you had achieved. The project itself was located about 40 minutes from my host family, which gave us the opportunity to use the dala-dalas (local buses). I enjoyed being on these (although it could get a little cramped) as I felt as though it gave me a better sense of local life. At the site, a lovely local builder was very patient when teaching me to plaster and brick lay.

The Building Project started at about 9am and we would work until 2pm, which allowed us to avoid working in the heat of the sun. Even though I was there during their winter, I really appreciated this. The day usually started by mixing cement by hand which would take some time but it was rewarding as I could tell it took us less time every day. Then we would plaster the wall to block the wind and dust. Plastering was a much harder skill that I ever thought it could be, but within a week or so I was able to do it quite quickly. After the wall was finished, we started laying the bricks for the storeroom. This took some practice as well as they required the bricks to be perfectly straight. It was lovely to see the brick build up over a short period. The early finishing time also allowed us the ability to wander around Arusha after the placement, including visiting the local museums and Maasai market.

During my visit to Tanzania, I decided that the best way to immerse myself in the culture was to try learning the local language. This was quite challenging, as it does not have the same phonetics as English. I did find it very helpful when going to the shops and asking for change on the dala-dala. My teacher was very kind and for one lesson, she took me around the local fabric and central market. This gave me the opportunity to try my limited Swahili vocabulary with stallholders, as well as experience what every day for a local is like.

On the weekend, I had the opportunity to go on a two-day safari to Tarangire and Ngorogoro crater. There, I was lucky enough to see lions, elephants (including adorable baby elephants), zebras and giraffes amongst many others. This was a wonderful experience as I went with a group of fellow volunteers.

Over another weekend, I got the opportunity to fly to Zanzibar for a long weekend. I stayed in the centre of Stone Town and had a great time. I was able to feed giant turtles on Changuu Island (more commonly called Prisoners Island) as well as snorkel in coral reefs. I also went on a spice tour, where I saw and tasted so many fruits and spices grown in Zanzibar. I also go to see Mount Kilimanjaro from the window of the plane. Furthermore, on one weekend, I went to Chemka Hot Springs as a day trip that, although more warm than hot, was incredibly fun as they had a rope swing to jump into the water with and it was a very idyllic location.

My advice to future volunteers

Be as open-minded as possible as you will have culture shock. All the building skills take time and practice, so do not give up. However, most importantly enjoy trying all the new experiences you can. Throw yourself into the experience and you will get the most out of it. 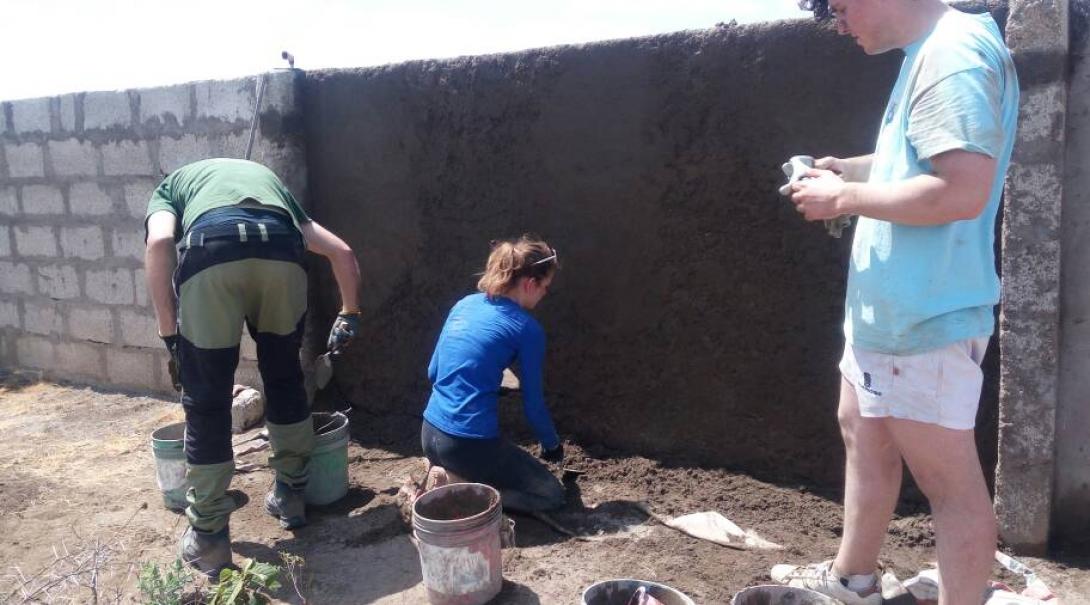