Review: African Bushveld Conservation in Botswana by Clayre B

As we drove from the border to camp, everything began to sink in. I couldn’t quite believe how remote the country was. Dirt roads and the entire bush surrounding us. We entered the road into Wild at Tuli, where the Motswiri Camp is based and it felt like an eternity to get there (it takes roughly 20 minutes). I was nervous about meeting all of my camp mates and the staff but really excited to settle in and become a part of a fantastic team.

The camp was quiet when I arrived as the others were having a conservation debate by Dr Helena Fitchat (a conservationist), so I was given a brief tour around the camp until our conservation manager was available to give me my introduction to all things bushveld!

My first impressions of the camp were that it was extremely well maintained, the tents, shower/toilet block, communal area were all lovely and comfortable and I couldn’t wait to spend my first night in the bush.

Why I decided to volunteer in Botswana

When I was 14 I became ill and a few years later was diagnosed with a condition called Chronic Fatigue Syndrome (M.E.) I was unable to work, meet up with friends, and life seemed really bleak. In 2013 I felt well enough to attend college where I enrolled in an Animal Care course; I spent two years studying and came out of the other end with a B.

I have always loved animals; specifically African wildlife and I felt that now was the time to make my dreams of seeing African wildlife in their natural environment come true. I was ready for a challenge and really wanted to help make their habitat a safer place for them to live.

Each weekday we partook in two activities, one in the morning and one late afternoon, with a good 4/5 hour break in between each activity. Some activities stand out to me for very different reasons. We were returning to camp from an unsuccessful elephant ID when we witnessed a spotted hyena at Jendas Hide feasting upon an elephant calf’s carcass.

At first we were all so excited to witness something so rare until it became obvious that the poor calf had been the victim of a snare. Its leg was extremely swollen and nearly severed. We were all absolutely devastated, but I am extremely proud to have been part of a group that helped to remove a whopping 47 snares in one anti-poaching activity. Knowing it may prevent another animal suffering like this makes me feel like we achieved something.

Another exciting but stressful time was when a bush fire broke out on another property which we were called in to help at around 8pm during a sleep-out. Adrenaline was pumping and we all jumped in the ranger to race to the scene where we had to help by digging up sand and pouring it onto the flames, as well as using our feet to stomp out any embers.

The fire continued for roughly a week or two. We helped where and when we could. It was really difficult with the smoke and intense heat but again, it was all a part of the experience. It did spread quite far but thankfully came under control. All is not lost! - The bush will now be rejuvenated with fresh grasses when the rains arrive which is great for the animals.

Day 64 of my trip is a day I will never forget. We were en route to Flower ID where we saw a female leopard jump from a tree that had its kill hanging from it (an impala!), it scurried off but we stopped and took lots of photos! We continued to our destination where we see another TWO leopard (cubs) walking slowly in the direction of where we had just seen their mother. We continued on with our activity but later than evening we returned and there they were, all three on top of a kopje, content from their meal and happy to let us watch them. We sat for two hours observing them. They did eventually come down near the ranger where we managed to get much better pictures of them. It was definitely a huge highlight of my trip for sure!

On my second day in Botswana we went to a private game reserve where we could see the southern white rhino; we trekked for around an hour with experienced rangers until we found them. It was incredible! We also saw giraffes, elephants, wildebeest, baboons, so many different species! Afterwards we went back to the lodge where we had lunch; there was also a swimming pool, private bar and Wi-Fi! I went here 3 times during my 12 week stay in Botswana and each time was more exciting than before.

Another really memorable time for me was when we went to South Africa for two nights for our monthly social and stayed in the most beautiful place I have ever seen, it was a lovely little place hidden in the mountains and the rooms were out of this world. So immaculate and well decorated. We had three course dinners and two course breakfasts, there was a swimming pool and play park! We also went on a cultural tour of the local area where we were invited to look around a carver’s workshop, a pottery, as well as a tour around the town where they had lots of things to see and take pictures of.

Every Saturday we had a picnic at a different location where we could relax, talk, play games and climb kopjes. On one Saturday of each month we attended a craft workshop in a local village where we were taught how to make bracelets from palm leaves by a group of women. I really enjoyed coming here; I found it quite therapeutic and enjoyed meeting the local children. They had a small but beautiful gift shop full of handmade gifts including bracelets, baskets, mats, coasters etc.

Leaving Botswana – Back to Reality!

I thought leaving home for somewhere so remote for 12 weeks was going to be the hardest thing I ever done, I was wrong; leaving Botswana was even harder. It was like being part of a family there. We were together every single day for 12 weeks and saying goodbye was very painful for me. I will never, ever forget the people I met during my time at Motswiri Camp and I will never forget everything they taught me and everything I learned about myself. There was blood, sweat and tears, but I have also never laughed so much in my entire life. It was truly an unforgettable experience and I will definitely be going back to visit in the future! 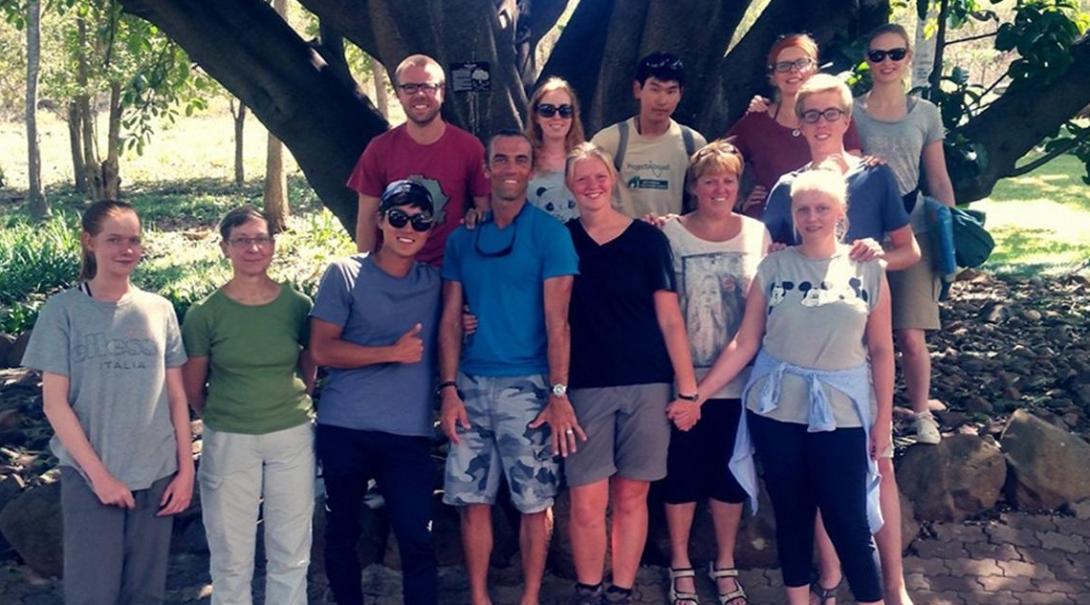