I landed in Ulaanbaatar, (UB once you’re a local) in Mongolia. After 18 hours of travelling and having left a cold and blustery Sydney winters evening, I walked through the plane door into a land so unimaginably different from my home.

After getting through customs and immigration, I’m met by the Projects Abroad staff and driven to my host family. The drive is an enlightening one with Mongolian driving techniques somewhat different to back in Australia (the least of which is that they drive on the wrong side of the road!).

After meeting my host family and Mark, another volunteer I stayed with, I settle down and have a quick snooze before dinner. When I awake at 9 pm I’m a little startled thinking I’ve missed dinner (being someone who likes their food, this is not good) but when I walked out into the kitchen I found that dinner was not quite ready yet which is apparently the norm.

This was the first of many cultural shocks that I experienced on my first few days in Mongolia.

After a tour of the city and orientation, the next day Mark and I are picked up by our supervisor Magnai and introduced to our placement – working at local law firm Mongol Advocates on a variety of cross-cultural and research based projects. The firm, which is the largest and one of the most experienced in Mongolia, has 23 employed solicitors and is around 10 years old. This was another culture shock and it was clear simply from the lack of suits and ties (Mark and I felt so overdressed!) that the way they do business/law in Mongolia was not like back home.

Later in the week after settling in to a bit of a routine and having done a few days’ work, myself and around 10 other volunteers (the sense of community amongst the volunteers in UB is the best part about the experience) decided to go on a tour into the Mongolian countryside.

This is one of the best parts of Mongolia; you can do these sorts of things on a whim and a few dollars (a three day tour including camel riding, horse riding and all meals and accommodation cost less than $100 US). These three days were absolutely brilliant we slept in traditional gers, went camel ridding and visited a 600+ year old Buddhist temple and, along the way, made an awesome bunch of friends.

The funniest part of the whole trip was when we decided to go get Chinese for dinner after being dropped back in town. The look the waitress gave us five tired, dirty, and smelly guys when we walked in and sat down was priceless; the fact that she later opened the windows near our table and turned on a fan was the icing on the cake.

Working as an intern in Mongolia is much like it is in Australia or any other country. We worked in a six story office block from 9:30 am to 5 pm. One question I have been asked a lot since I’ve been home is: how do you work for a law firm where you don’t speak the language? I suppose the answer is slowly.

Our day to day work focused mostly on research and editing. Because Mongolia has a developing legal system their lawyers, even those in private practice were very interested in how the law works in Australia and so we spent a lot of time explaining to their lawyers how things worked back home and also learning how things worked there. It was really interesting!

What was really cool was that because of the small legal community in Mongolia we got to meet and see a lot of people and things that, in Australia, even senior lawyers don’t get to do. The absolute highlight was a private meeting with Mongolia’s top Constitutional Court Judge who greeted us not in a suit and tie but instead in a T-Shirt and jeans, the relaxed atmosphere in Mongolia is one of the country’s most awesome features.

Making friends with other volunteers

One thing I didn’t expect to get involved while in Mongolia was the night life, but the group atmosphere among the volunteers and relative safety meant that it was an excellent part of my stay. We went out to dinner around three times a week and often followed it with a few drinks. The cost and group atmosphere meant that this was an affordable experience that was not really available back home. We even went to the Mongolian circus one night and karaoke on another!

While I didn’t book my internship around the Mongolian festival Naadam I managed to swing it so that it was on while I was there. Naadam is Mongolia’s biggest cultural and sporting festival of the year. Everyone gets dressed up in the traditional Del and there is a huge event in the main sporting arena with Mongolian Wrestling, Mongolian Archery and Mongolian Horse Racing all of which are very different to their European equivalent.

The second biggest event of the year in the weeks and days leading up to the festival, is the frenzy that is the securing of Naadam tickets. The number of dodgy deals was ridiculous. Luckily, the awesome guys at Projects Abroad used their local connections so that on the morning of the first day of Naadam everyone at Projects Abroad who wanted a ticket had one.

Given this was my first time this far away from home, in the first few days I was a little home sick and began working out how many days it was until I was going home, but by the time I was due to go home, all I could think of was why couldn’t I stay for another month or two or three. It truly was an awesome experience and I can’t wait to go back again.

Many new experiences in Mongolia

While in Mongolia I did many things I’d never done before: I rode a horse and camel for the first time, I ate horse meat, lined up for hours for a $15 ticket, stayed in an apartment, had a go at karaoke and Mongolian vodka (note to self these two are best done separately not in conjunction), travelled internationally and made friends with people from all over the world.

If someone asked me for any tips I had for an internship in Mongolia I would say:

Finally, I would like to thank everyone at the Projects Abroad Mongolia Office you were all awesome dealing with our little and big problems with ease and using local know how to get things sorted. Without you guys the experience would not have been half so good. 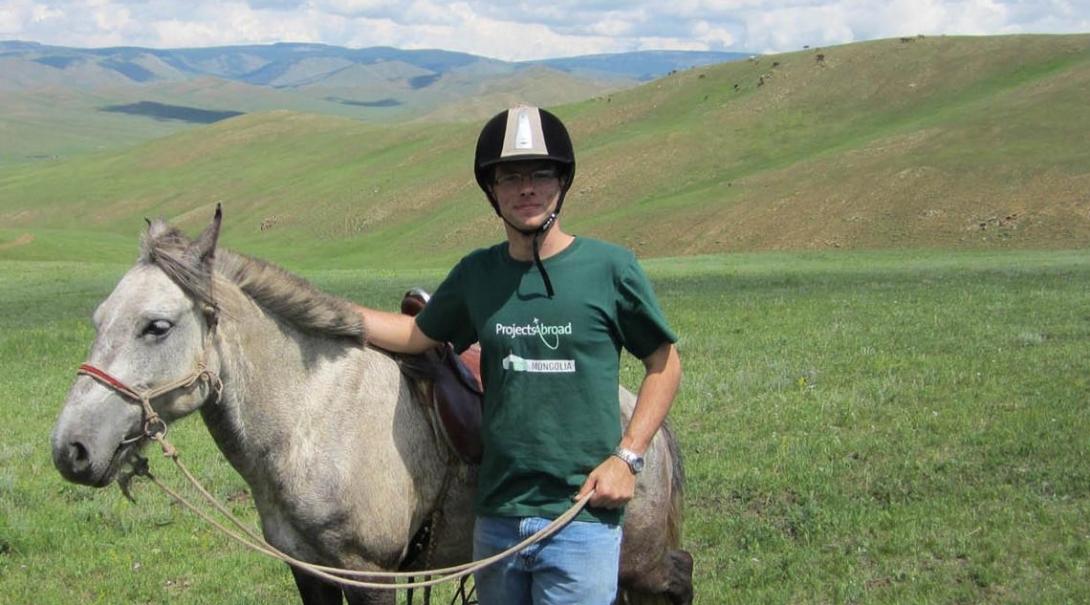