After graduating from school in the United States, I decided to take a gap year before attending university. I plan on studying anthropology, but I was also interested in teaching. That’s what initially led me to the Projects Abroad website and began my journey to Cambodia.

In all honesty I had no idea where to go and with the entire world open to me, I was both dazzled and overwhelmed by the many possibilities. I took a leap of faith and picked Phnom Penh. I haven’t looked back since then and I don’t regret my decision for a moment. Cambodia initially shocked me with its level of poverty, but the warmth and kindness of the country’s citizens charmed and touched me. Two months later, I left with only fond memories.

Volunteering on the Teaching project

I volunteered to teach English to children in a local elementary school. It turns out that teaching English to a group of precocious and lively children is actually not a piece of cake. My daily work began at 7:45 am when I and a few other volunteers would ride by tuk-tuk (a common form of transportation in Cambodia) to the placement. Projects Abroad organised our rides to and from work so we wouldn’t have to worry about transportation – truly a blessing in Phnom Penh’s frantic traffic. The ride was scenic and gave me a glimpse into many neighbourhoods of the city I may have never seen otherwise; imagine rolling in a wooden wagon through dusty streets, surrounded by a rainbow of colours and flavours as street vendors call out their wares and motorcycles weave in and out of traffic, leaving smoky clouds in their wake.

Once I arrived at my placement, I began the first of my two classes for the day. Each was an hour and a half each with a fifteen minute break in the middle. Although teaching proved to be more difficult than I anticipated, the children motivated me to try my best. Their diligence and sweet smiles were inspirational. I quickly learned lesson planning, the ins and outs of flashcards, games and how to manage a classroom full of hyperactive children. The school provided some materials and whatever else I needed was graciously provided by the Projects Abroad office, all I had to do was ask.

Working as a volunteer in Cambodia

Some of the best moments of my volunteering time happened in the classroom. Every day, a little girl named Sok Eng would buy me a small snack from the snack vendor during break. I would thank her and deny it, but she was determined to make me accept the gift. It became a game: whenever she bought a snack, she would try to sneak it into my hand, pocket, or bag without me noticing. Soon a bunch of other students were in on the game too. Whenever I turned around, even for a just a second, I would hear a chorus of giggles and turn to find several treats left on my desk. It was fun for both me and the students, and I still have a few of the treats to this day - reminders of how happy and joyous the students were.

Another moment I’ll never forget happened with a student who had a poor attendance record and struggled to keep up in class. At first, I was a bit harsh on him. As the rest of the class excelled and wanted to move forward, he couldn’t seem to grasp concepts and held everyone back. I found out, however, that he was kept from attending school every day because of his work schedule. He was a little boy, no older than 10, and he was missing weeks of school because of work.

Experiencing something like this first-hand rather than just reading about it was heart-breaking, but also incredibly important. Situations like this are a reality in most of the world. As a student from a privileged Western country, I had never experienced the reality of poverty before. Sure, I had read about it or raised money in fundraisers, but it is not the same. I highly recommend that you experience what this feels like – it’s something that cannot be understood until you see it for yourself.

When I wasn’t volunteering, I was spending time with the other volunteers at the Projects Abroad apartment. The accommodation was good, especially as I had an air-conditioned room and located in a central part of the city. Phnom Penh is crazy, jam-packed and full of life. You can literally never get bored and there were enough temples and restaurants to keep me busy my entire stay.

The other volunteers were also stimulating – they came from dozens of countries around the world and at any given time you could hear two or three different languages being spoken (and often, good-natured arguments about which was the best language). I sampled Khmer food (tarantulas!) which was surprisingly good, and Phnom Penh’s other variety of restaurants, such as Japanese hot pot, real North Korean barbeque, and Lebanese. The time flew by too fast.

I can’t really put into words what a life changing experience my time in Phnom Penh was. There were many light-hearted, fun times, of course – from playing with my students to meeting the dozens of other volunteers and exploring the city (full of adventures to be had). There were also more than a few times when I found myself questioning everything I had thought I knew about education, poverty and capitalism. I went home with a new outlook on the world and a better, more complete understanding of how it works and doesn’t work.

I can now say with confidence that I can teach a whole class of children. But most importantly, in my opinion, I am now connected with an entirely different group of people halfway across the world. Cambodia and the Khmer people are not just a faceless name on a map, but instead a diverse set of humans who welcomed me with open arms. I have nothing but happy memories, and I can’t wait to return to the country again – something that I will, for certain, be doing.

Projects Abroad made all of this possible, and I am really grateful for everything they did to make it a smooth stay, from organizing my placement, providing great food and accommodation, and responding to any requests or issues at a moment’s notice. The experience I had wouldn’t have been half as meaningful without their guidance and expertise. 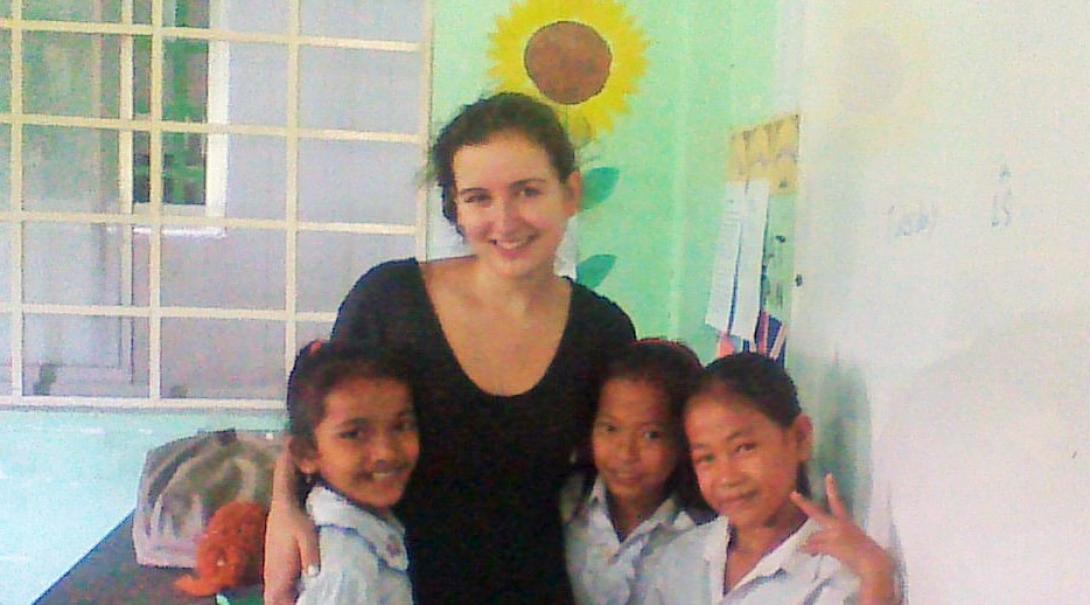