In December 2016, I spent two weeks on an International Development Project in Guadalajara, Mexico. The project was based at FM Paso Libre, a refuge for migrants, most of whom were travelling overland from Central America to the United States. I chose this placement for a number of reasons. In Europe, we know little about the Latin American migrant experience and I wanted to learn more, particularly as migration in the Hispanic world is part of the A-level Spanish course that I teach. The course is very Eurocentric and I felt it was important to broaden the students’ horizons by meeting migrants and the people who work with them, and thus acquiring knowledge which I could pass on to others.

Due to the death of both of my parents the previous year, I wanted to spend Christmas and New Year working abroad to take my mind off things. I speak Spanish and had been to Mexico twice before, so I knew the ropes and knew I would be able to communicate with locals and travel about independently without any problems. I don’t like Christmas at the best of times and having been to Mexico at that time of year before, I knew that it is much more low-key and much less commercialised there than in Britain.

The journey to Guadalajara

There are no direct flights to Guadalajara from London, so I flew to Mexico City and then caught a domestic flight. Mexico City airport is chaotic: departure times and gates often change without warning and delays are frequent. As I only went for a fortnight, I travelled with just hand luggage, for fear of ending up on a plane without my suitcase in the event of a missed connection! I knew that I could buy pretty much the same toiletries in Mexico as in Britain, so it didn’t matter that the amount of liquid I could bring was limited.

When I reached Guadalajara, a member of Projects Abroad staff was waiting to drive me to my accommodation, which was ideally located a ten-minute walk from the refuge, in a quiet street in an area with lots of restaurants and shops. The accommodation was a private house belonging to a woman who lived there with her niece and one other volunteer, who I only saw once or twice. I had my own room, which was very spacious. The woman was an excellent cook and even though we didn’t usually eat at the same time, there was always prepared food in the fridge. She was very talkative and sociable, and enjoyed chatting in the morning before I went to work.

The day after I arrived, another member of Projects Abroad staff picked me up from the house and took me to the office to meet her colleagues. We then went on a walking tour of the city and visited the refuge so that I could look round. The refuge was about the size of an aircraft hangar, with containers that served as dormitories, a large kitchen, a clothing store, interview rooms, a medical room, and a large communal area where the migrants could socialise. It reminded me a bit of being at boarding school.

It was agreed that I would work an eight-hour shift from 1pm to 9pm six days a week. It was immediately apparent that the organisers ran a very tight ship and that the refuge operated very efficiently. All the other volunteers were Mexican, except for one Erasmus student, and many of them were students or from church organisations.

At the beginning of each shift, there was a meeting in the staff room, during which different tasks were apportioned. The other volunteers were all very welcoming and friendly, and straight away, I was struck by the collaborative and upbeat atmosphere. During my placement, I did various different duties: I helped prepare meals in the kitchen, I managed the locker room where the migrants kept their belongings, I helped sort donations of clothes, I distributed clothes and toiletries to migrants as they arrived, I helped interview migrants, and perhaps most importantly, I socialised with them, which was a key element of our work.

Most of the migrants were fleeing organised crime or extreme poverty and many had suffered cruel treatment at the hands of criminals or even the authorities during their perilous journeys. The refuge is a place where they are treated with respect and listened to, and, as in the case of one Honduran man who had been walking alone and sleeping rough for six days beforehand, an opportunity just to see friendly faces and be given a helping hand.

On Christmas Eve, we rigged up a piñata for the migrants and they had great fun trying to break it open. Then we took them to mass at a modern church nearby and they had to walk in a line along the street like on a school trip.

Afterwards there was a Christmas dinner, which was fairly frugal but did involve fizzy drinks and some cakes, which had been donated by members of the public. Then we exchanged gifts: some sweets for each volunteer and for each migrant, a carrier bag containing some toilet paper, a fleece, a vest, pants and socks, and a bar of soap. The migrants seemed genuinely grateful for their gifts and some even put their fleeces on straight away!

The refuge was very full that night so I didn’t get home until midnight, but my hostess’s Christmas dinner party was still in full swing! Christmas is never a good time to go on social media, but when I looked on Facebook I saw photos of huge piles of presents, which no one actually needs, and one woman complaining about what a ‘nightmare’ it was that she was going to have three panettones left over. I thought of the poor men in the refuge and how grateful they were for so little, and it made me feel very disillusioned.

Christmas Day at the refuge was much like any other day and many of the migrants left to continue their journey. On New Year’s Eve, there was a small party, which involved playing jenga and drinking shots of mango juice, after which all the migrants were too tired to stay up until midnight and most went to bed at 10.30.

I didn’t have much free time at the placement, but I didn’t mind because I had gone there to work, not for a holiday. I had two days off and on the first, I went on a guided tour to Lake Chapala organised by a local company. On the second day off, some friends of my hostess took me on a day trip, which also turned out to be to Lake Chapala, albeit the other side. There are a number of places of interest near Guadalajara, but the lake is perhaps the biggest attraction with its pretty villages on the shore, boat trips, restaurants, craft markets, and perfect year-round climate.

My last day at the refuge was New Year’s Day and I was very touched by how sorry the migrants and staff were to see me go. I felt that I really had been a help to them. It took me about 20 hours to get from Guadalajara to Cambridge and under these circumstances, your first reaction is always to text your friend saying what a ‘horrendous’ journey you’ve had.

Then I thought about how I’d spent that time on a plane with unlimited films and someone bringing me food every couple of hours, instead of walking and sleeping rough. I thought of how I’d travelled inside a train in a comfortable seat rather than on its roof in scorching sun, in constant fear of falling off or being attacked or robbed. During my own journey, I couldn’t stop thinking about the migrants who’d set out at the same time as me, and hoping they were all right.

What I did next

I’ve always had a pretty modest lifestyle, but since my placement, I’ve cut back on unnecessary expenses and I even think twice about the amount of food I put on my plate. I sent a large cash donation to the refuge, because I know it’ll be spent wisely, and I immediately received an e-mail from the manager thanking me and telling me what they were going to spend it on. I gave a talk about the migrants to A-level students of Geography and Spanish, and it was a real eye-opener for them.

Would I recommend this project?

Yes! The hours are long and it’s hard work physically and emotionally, but there’s a real sense of camaraderie and the people who run the refuge are genuinely grateful for any form of help. The only caveat is perhaps that the higher your level of Spanish, the more you will get out of this placement. I used to live in Spain so I speak Spanish fluently, but if I couldn’t, I would probably have spent most of my time behind the scenes in the kitchen or clothing store, with limited contact with the migrants and other volunteers. 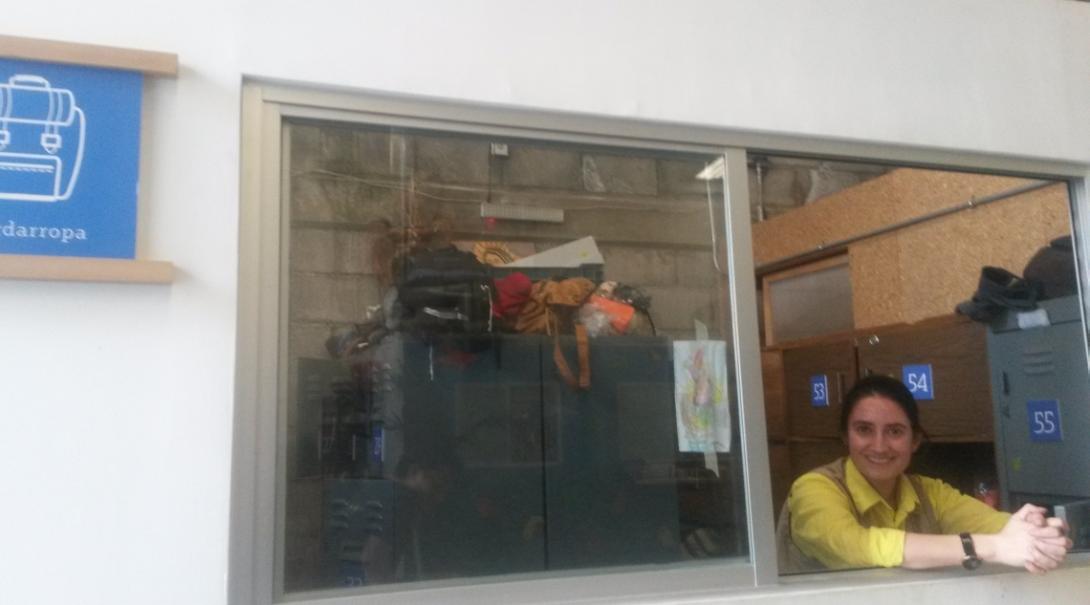