All it took was a couple of steps on South African land and I was already in love. The air felt clean and fresh, while the sun gently warmed my face. I have visited South Africa during my summer, which turned out to be their winter. I was confused as all the natives were wearing large coats, while I was pretty comfortable in my shirt and shorts. This is when I discovered that even the winters in South Africa are warmer than summer days in England!

This was the first time I had properly travelled on my own, and yes I was very nervous, but luckily Projects Abroad had taken great care in making sure that we were okay and our driver was waiting at the airport to pick us up. This was when I first met the other volunteers who had also just arrived.

We all seemed a bit bedraggled and drained as we introduced ourselves; since we had all had very long flights. Our driver however, was full of energy and excited to meet us, and he managed to revitalise ourselves by getting us to sing our national anthems. Fortunately, we didn’t have to sing them for the whole three hour car journey, and we were allowed to have a quick sleep and regain our energy for the excitement to come.

At the Conservation project

Once we got the border into Botswana, we were moved from an ordinary car into a large, windowless jeep. Luckily, I had brought a few hair bands with me, as the journey was very windy and I wouldn’t have been able to see any of the amazing sights or the many beautiful animals that we passed.

When we got there I was shocked to see how nice the camp was! It was in the middle of nowhere, but it was extremely well maintained and also a truly delightful place to spend two weeks. Meeting all of the other volunteers was great as they were all very friendly, and even though there were many different people from many different countries, everyone spoke English.

We, newbies, got some time to relax and settle in during the afternoon, while the rest of the volunteers went off to continue with their ordinary afternoon activities. I took this time to have a look around the camp. One of the first things I saw was the football, which was no longer of any use. I was later told that we shouldn’t leave things outside at night or else they would end up chewed by hyenas.

It turns out, they weren’t joking! The bathrooms were clean and well maintained. I was thrilled to see shower heads in cubicles, but later found out that they were basically just for decoration. The showers consisted of cups and buckets, but at least there was warm water to use! The camp also had a large camp fire along with a sandy area for ball games and even a small library where past volunteers had left behind any books that they had finished. So far, this trip seemed to be one of the best decisions of my life.

My experience in Botswana

When the rest of the volunteers came back, we had dinner. It had been prepared by some lovely South African ladies who always made sure that there was plenty of delicious food for everyone. Once dinner was finished we were all told what we were doing the next day, and then left to do whatever. Some people were playing card games, others were sitting by the fire and relaxing and some people were packing their stuff to go home. The most interesting thing going on, however, was the elephant.

Yes, there was an elephant; yes it was in our camp. No, I did not go to see it. It was behind the toilet block (next to everyone’s drying laundry), but I had felt that I had already had too much excitement for one day. I got into my tent and was overjoyed to find I had phone signal! My mum was pretty happy too, because now she knew that I hadn’t been eaten by a lion. There were even places for me to charge my phone in my own tent, which was powered by solar energy. The bed, although slightly squeaky, was very comfortable and the next thing I knew, it was time to wake up!

The next two weeks flew by, and there was barely a moment where I wasn’t enjoying myself! I really enjoyed the conservation activities that we did, which included; making fences out of small trees, bird/animal watching in hides, fence removal, erosion control, elephant identity, spoor identity, alien plant removal and road maintenance. My favourite activity was fence removal, which apparently meant I was crazy. Fence removal was hard work so most people found it quite a chore, but I loved actively helping out and removing the fences that were harming animals and blocking their migratory paths. It felt like I was really making a difference! I also liked it so much because every now and then you would see an Elephant wander on by!

In my spare time

We also had group picnics, where we would go somewhere away from the camp and just relax.

We also had the opportunity to go on safari trips to Limpopo Limpadi, which I definitely recommend. As part of our other activities, we also had a camp out in one of the hides, and a trip to the village where we got to meet the local people and buy some of their hand woven materials such as hats, placemats, bracelets, bags and much more!

Overall, I had an absolutely amazing time on this trip and even before I left to go home, I was already planning in my head the next trip that I will be taking with projects abroad! 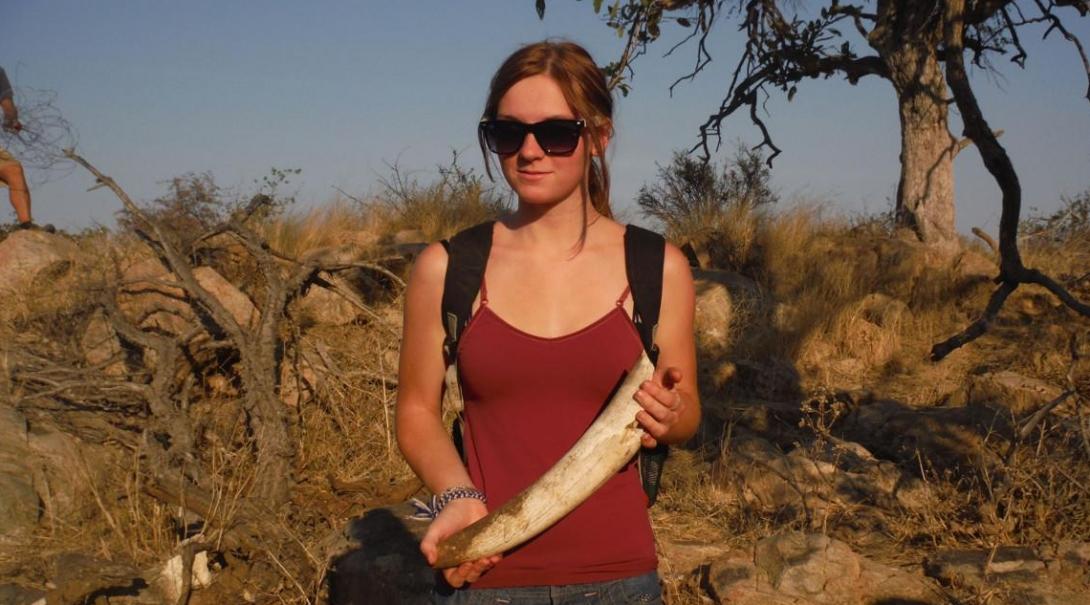